The Maths Anxiety Trust works to eliminate anxiety about Maths 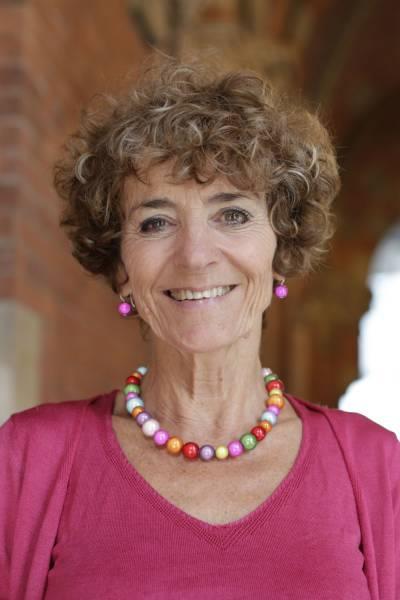 British mathematician, educationalist and academic, she is Professor of Mathematics Education at the UCL Institute of Education.

In the 2004 Hoyles was appointed OBE 'for services to education'.  In 2014 she was promoted to Dame Commander of the Order of the British Empire (DBE) in recognition of her service as Director of the National Centre for Excellence in the Teaching of Mathematics. She has been elected a Fellow of the Academy of Social Sciences (FAcSS).

In 2003, Hoyles was awarded the first Hans Freudenthal Medal by the International Commission on Mathematical Instruction in recognition of 'the outstanding contribution to research in the domain of technology and mathematics education'. In 2010, she was awarded the first Kavli Education Medal by the Royal Society 'in recognition of her outstanding contribution to research in mathematics education'.

In 1982, Hoyles published a paper “The Pupil’s view of Mathematics Learning” in which she identifies pupils feelings of ‘anxiety, hopelessness or shame’ when talking about their experiences in learning maths.   Hoyles was one of the first academics in the UK to identify Maths Anxiety.

The Pupil’s view of Mathematics Learning

ABSTRACT. This article reports an exploratory study which set out to examine how 14-year-old pupils perceive good and bad learning experiences in school. In particular, it describes the significant features in leaming experiences which were associated with mathematics. Eighty-four pupils were asked, in semi-structured interviews, to tell stories about times when they had felt particularly good or particularly bad when learning. A story consisted of a 'critical' event actually experienced by the pupil and what the pupil had felt at the time. The structure of the interview used and the means by which the qualitative data were analysed are discussed, as weU as the main findings of the research.

1. BACKGROUND Learning ... is a puzzling mixture of good and bad; of spontaneous enthusiasm on the one hand and of being forcibly done good to on the other (Bliss and Ogborn, 1977).

A great many people have written about the motivation to learn and any review of the literature reveals considerable differences in emphasis and theoretical stance (see, for example, Cofer and Appelby, 1964). There is, however, some agreement that the way an individual perceives the nature of the motivating influence may, in fact, affect his or her motivation and involve- ment in the task at hand; the critical distinction being whether the influence is seen to be internal or external (see Deci et al., 1975). This distinction in the designation of the motivating influence as internal or external has also been found to result in qualitative differences in learning (see, for example, Fransson, 1977, 1978).

These ideas have been further elaborated within attribution theory particularly in the context of achievement-related behaviour, based on the assumption that causal perceptions of success and failure mediate between the antecedents of causal perception and achievement performance. In his latest work, Weiner (1980) further maintained that attributions must be analysed in relation to the three causal dimensions of locus (internal v external), stability and controllability and also the central role of emotions within attribution theory must be recognised.