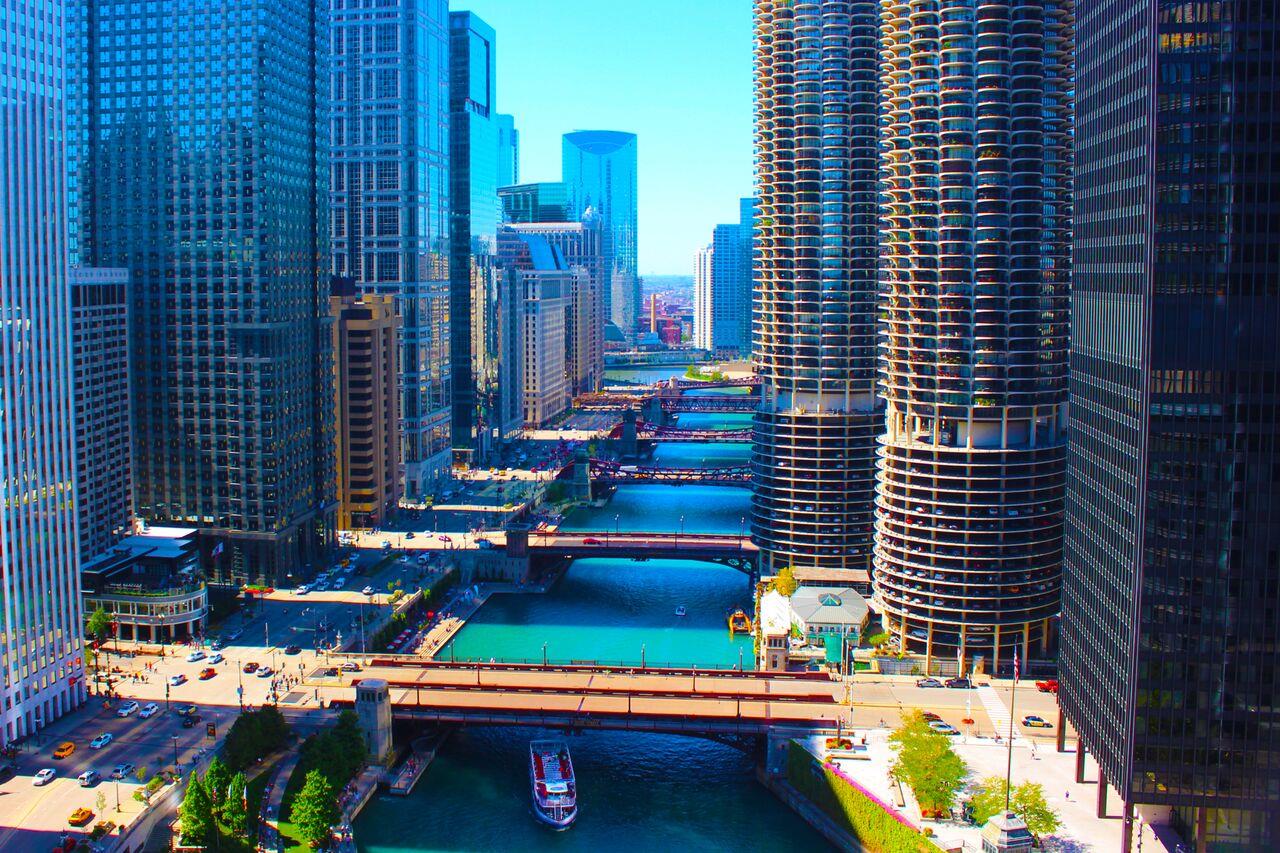 (1) Department of Psychology, University of Chicago, and (2) Organisation for Economic Co-operation and Development, Paris, France.

Demand for science, technology, engineering, and mathematics (STEM) professionals is on the rise worldwide. To effectively meet this demand, many governments and private organizations have revamped STEM education and promoted training to enhance math and science skills among students and workers. Education and training programs typically focus on increasing individuals’ math and science knowledge. However, data from laboratory studies and large-scale international assessments suggest that fear or apprehension about math, math anxiety, should also be considered when trying to increase math achievement and, in turn, STEM career success. This article reviews findings that shed light on antecedents of math anxiety, the bidirectional math anxiety-performance relation, underlying mechanisms, and promising routes to mitigating the negative relation between math anxiety and math performance.

The Organization for Economic Co-operation and Development (OECD) Survey of Adult Skills reveals that numeracy skills are used extensively in work settings worldwide. Across participating OECD countries, 38% of workers aged 16 to 65 report using fractions at work at least once a week, 29% simple algebra or formulas, and 4% advanced math (OECD, 2013a). Moreover, the demand for science, technology, engineering, and math (STEM) professionals is predicted to increase. Consequently, many countries are interested in enhancing STEM education (BBC, 2013; Lacey & Wright, 2009).

To equip students with high levels of math and science knowledge, increased attention is being devoted to understanding why some countries are better at advancing math and science achievement than others (Mullis et al., 2012; OECD, 2009; Shimizu & Kaur, 2013). Much of this work has been driven by the idea that learning is a function of instruction time and quality. Accordingly, researchers have sought to understand how to maximize these factors (Dettmers, Trautwein, Lüdtke, Kunter, & Baumert, 2010; Scheerens & Bosker, 1997). However, recent evidence points to an often-ignored factor that may shape how well students are able to benefit from learning opportunities: math anxiety—the fear of, or apprehension about, math (Ashcraft & Kirk, 2001).

Data from the Program for International Student Assessment (PISA), which tests 15-year-olds’ academic achievement worldwide, shows that math anxiety is negatively related to math performance both within and across countries. In 63 of the 64 education systems that participated in PISA in 2012, students reporting higher levels of math anxiety displayed lower levels of math performance than their peers who reported lower levels of math anxiety (OECD, 2013b). Averaging this effect across participating countries, a one-unit increase in the PISA math-anxiety index for a given student corresponds to a 29-point decrease in his or her math score (medium effect size, Cohen’s d = 0.32; OECD, 2013b).

In contrast to the above-mentioned pattern, many high-performing East Asian countries, where average student math achievement ranges from 0.76 to 2.13 SDs above the mean, also have math anxiety levels higher than the mean (0.44–1.41 SDs above the mean). Yet even these countries as a group (comprising Korea, Japan, Vietnam, Singapore, and regions of China) show a negative relation between country-level math anxiety and math performance that is statistically indistinguishable from the relation seen among the other participating countries (Fig. 1). A negative relation between math anxiety and math achievement is also seen among students within each of these East Asian countries.

PISA data show that math anxiety and math achievement are negatively related for students across the globe (OECD, 2013b). However, most of our understanding of the sources of math anxiety and the nature of its relation to math achievement comes from experimental studies (mainly in North America). Here, we consider how PISA data can provide external validity to laboratory findings and, in turn, how laboratory findings can elucidate the potential mechanisms and direction of causality underlying the negative relation between math anxiety and math performance identified in PISA.

Returning to the question of directionality, laboratory findings suggest that math anxiety leads to poor math performance but do not rule out the possibility that the relation is bidirectional. Behavioral (Ashcraft & Kirk, 2001; Park, Ramirez, & Beilock, 2014) and fMRI (Lyons & Beilock, 2011, 2012; Young, Wu, & Menon, 2012) studies suggest that math anxiety creates worries that can deplete resources in working memory—a cognitive system responsible for short-term storage and manipulation of information (Miyake & Shah, 1999) that is important for learning and performing well in math (Beilock & Carr, 2005; Raghubar, Barnes, & Hecht, 2010).

In a landmark study, Aschraft and Kirk (2001) demonstrated the disruptive impact math anxiety can have on working memory. They showed that students who are highest in math anxiety perform somewhat worse than their low-anxiety peers on complex addition problems but markedly worse on the same problems when simultaneously asked to hold a group of letters in mind for later recall. If math-anxious students must juggle math- related worries when their working memory is taxed (e.g., when a letter task is added to the mix, or when problems are difficult), their performance suffers.

Thus, experimental studies and PISA results show that students with higher potential to succeed in math are at greater risk of not reaching their full potential if they are math anxious.

While math anxiety can impair math performance by depleting working memory resources, difficulty with math may contribute to the development of math anxiety as well. For example, laboratory studies show that math- anxious individuals have difficulty with basic math tasks that are typically learned before elementary school entry, such as judging the magnitudes of pairs of numbers (Maloney, Ansari, & Fugelsang, 2011; Maloney, Risko, Ansari, & Fugelsang, 2010; Núñez-Peña & Suárez-Pellicioni, 2015). A poor grasp of basic math concepts may predispose students to develop math anxiety, partly in response to their math struggles (Levine, Gunderson, Maloney, Ramirez, & Beilock, 2015). Thus, the relation between math anxiety and math performance is likely bidirectional.

In addition to the idea discussed above that poor early math skills contribute to the development of math anxiety, findings point to several possible factors that can influence the development of math anxiety: quantity and quality of parent and teacher math input, societal pressure, and stereotypes. PISA data show that nations differ widely in their average levels of student math anxiety, underscoring the role that cultural context plays in its emergence.

Indeed, first graders with high-math-anxiety teachers learn less math over the school year than those with low- math-anxiety teachers (Beilock, Gunderson, Ramirez, & Levine, 2010). Additionally, children of high-math-anxiety parents show less growth in math by the end of the school year than their peers with low-math-anxiety parents—but only when their parents frequently help them with homework, potentially exposing them to math anxiety. Importantly, the finding that social interaction moderates the relation between parent math anxiety and child math performance indicates that this relation is not readily explained by genetics alone (Maloney, Ramirez, Gunderson, Levine, & Beilock, 2015).

Mitigating the Negative Effect of Math Anxiety on Performance

The widespread negative relation between math anxiety and performance, combined with evidence that math anxiety can interfere with the cognitive resources needed to do math, demonstrates the importance of addressing math anxiety in order to advance math performance, and STEM achievement more broadly. Efforts to curb math anxiety need to include ways to treat it in those who already experience it as well as ways to prevent it in the first place.

For example, among participants who were planning to take the GRE, those who were told that physiological arousal improves performance showed significantly better performance on the math section of the GRE—in the lab and on the actual test—than control participants who were not told of the benefits of anxiety (Jamieson et al., 2010). This method may benefit high- math-anxiety students in particular—a hypothesis that can be addressed in future research. Additionally, interventions could aim to temporarily reduce students’ math anxiety at times when it poses the greatest threat to performance, such as immediately before an exam. Park and colleagues (2014) found that asking students to write about their thoughts and feelings prior to taking a math test lessened the performance gap between high- and low-math-anxiety individuals. Rather than eliminating the strong physiological reaction many students have to math, it may be just as useful to engage in the expression or reappraisal of these emotional responses or, perhaps, simply to reframe the physiological reaction.

When parents and teachers contribute to a student’s math anxiety, understanding the mechanism through which their anxiety affects students’ math performance can provide insights into the best way to prevent the inter- generational transmission of math anxiety. Math-anxious adults tend to have negative attitudes about math (Hembree, 1990) and experience math anxiety in circumstances as basic as reading simple math problems aloud (Ashcraft & Ridley, 2005).

It is possible that when math- anxious parents and teachers engage in math-related interactions with children, such as helping with children’s math homework, their negative affect and attitudes interfere with their ability to effectively communicate about math, which in turn can negatively impact students’ math learning and achievement (Maloney et al., 2015). Tools that structure math-anxious parents’ and teachers’ inter- actions with students around math could positively affect children’s math achievement, even if they do not reduce the parents’ own math anxiety.

Despite often-touted differences in math education and performance across countries, the negative relation between math anxiety and math performance, and its strength among high-achieving students, is a cross- national phenomenon. Given the wide array of countries and cultures surveyed by PISA, the robustness of math anxiety’s negative relation to math performance is striking. Because lab studies have demonstrated that math anxiety compromises students’ ability to learn and per- form, it is critical to address this factor in order to support and build the STEM workforce.

Although lab studies and PISA data have highlighted the relation between math anxiety and performance, many questions remain. For example, how do math-anxious teachers and parents transmit math anxiety to children? High- and low-anxiety teachers may design their lessons differently, spend different amounts of time on math, differentially spark student interest in math, and/or respond differently to students’ questions and errors. Additionally, math-anxious teachers and parents may engage in more direct transmission of negative or fearful attitudes via negative comments about math or their own math ability. Nonverbal behaviors (e.g., facial expressions, gestures, tone of voice, body language) may also convey negative affect about math.

Further, although PISA data show that math anxiety is a cross-national problem, we know very little about the most effective ways to address this issue in different cultural contexts. Given cross-national differences in student math anxiety, it is unlikely that a one-size-fits-all approach to designing interventions would work. Numerous aspects of culture, including gender and race stereotypes, associations of math achievement with brilliance (Leslie, Cimpian, Meyer, & Freeland, 2015), and student, teacher, and parent mind-sets and expectations, may contribute to the levels and distribution of math anxiety within a cultural context (Gunderson, Ramirez, Levine, & Beilock, 2012). For example, with respect to gender, in most but not all of the countries participating in PISA (56 of 64), females show higher math anxiety than males (OECD, 2013b). A critical next step for future research is to examine the role of cultural factors in the origins, prevalence, and distribution of math anxiety and how best to intervene to alleviate its negative effects on math performance and STEM participation.

Alana E. Foley and Julianne B. Herts contributed equally to the writing of this manuscript and should be considered as joint first authors. The views expressed in this article represent the views of the individual authors and do not represent an official position of the Organisation for Economic Co-operation and Development.

The authors declared that they had no conflicts of interest with respect to their authorship or the publication of this article.